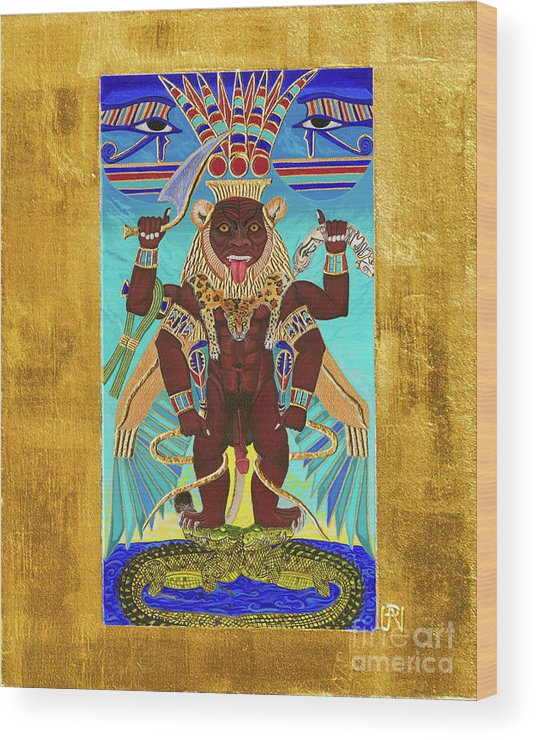 Bes the Magical Protector wood print by Ptahmassu Nofra-Uaa.   Bring your artwork to life with the texture and added depth of a wood print. Your image gets printed directly onto a sheet of 3/4" thick maple wood. There are D-clips on the back of the print for mounting it to your wall using mounting hooks and nails (included).

The image of Bes has a long and esteemed place in the history of Egyptian iconography. Regarded first and foremost as an apotropaic, magical deity,... more

The image of Bes has a long and esteemed place in the history of Egyptian iconography. Regarded first and foremost as an apotropaic, magical deity, Bes appears frequently in the domestic sphere, on household accouterments such as chairs, beds, headrests and cosmetic implements. His presence in these regards is hardly whimsical or merely decorative, but reflects, rather, the petitioning of Bes in His role of defensive deity- a deity who controls the forces of the noxious and lethal. The image of Bes seen here depicts the God with His most common and prominent attributes, essentially a god of magical protection. His magical nature is highlighted by His gesture of grasping two cobras, a form of Bes echoed on the surface of ancient apotropaic wands made of hippopotamus ivory. In such depictions, Bes stands in the place of the divine magician who wields power over violent and chaotic forces. Such wands were used for tracing protective circles around the beds of infants and children or moth...