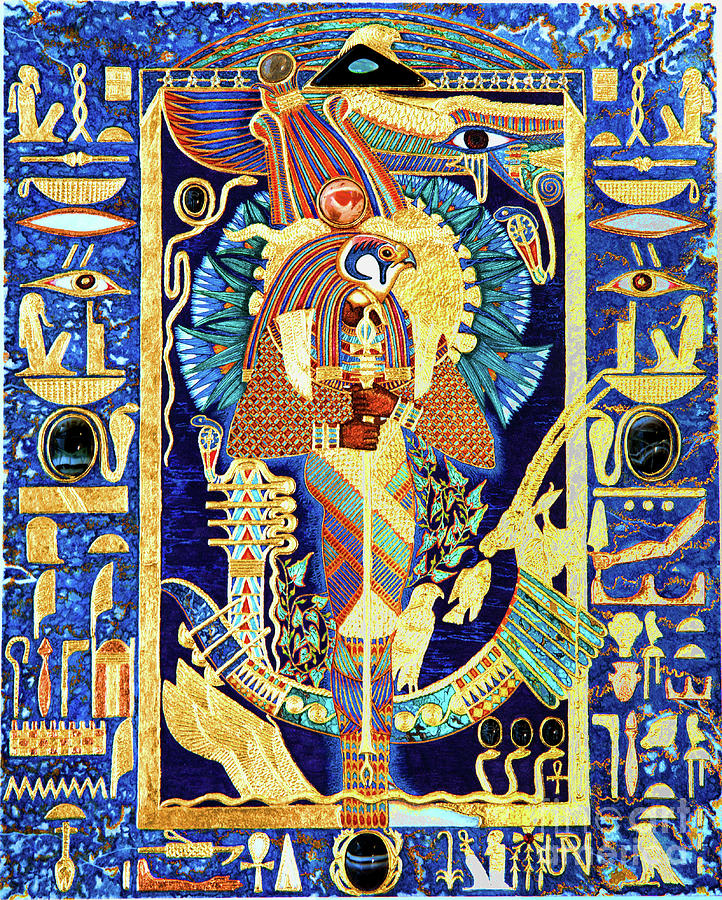 Ptah-Sokar-Ausir Lord of the Secret Shrine

Ptah-Sokar-Ausir Lord of the Secret Shrine

What I have found is that Ptah-Sokar-Ausir is a surprisingly vibrant, multi-colored and energetic deity. A death god would seem to bespeak solemnity, quiet awe, and perhaps respectful terror; certainly, I have felt these things rising to the surface at various times during the creation process. However, Lord Ptah-Sokar-Ausir continually asserted to me that being a death god actually places Him foremost in the phenomena of life-giving, procreation, continuity, rebirth, and production; for the Kemetic experience of death is the completion of one cycle coinciding with the beginning of the new. Death is itself a force giving way to life. Ptah-Sokar-Ausir explodes with fresh energy, manifesting in brilliant colors that leads one into the presence of the newly risen sun, or the holy lotus as its buds burst open.

This is what I experienced very profoundly as I concentrated on bringing His image to life on the icon panel. Ptah-Sokar-Ausir also showed Himself as a source of healing, which I had previously not associated with Him specifically. But it does make sense that a deity involved in giving resurrection to the dead would concern Himself with the healing process; after all, what is resurrection or rebirth if not a healing from death, impotence, and inertness.

Ptah-Sokar-Ausir takes custodianship of the dead within His cavern of darkness in the Duat, and then, in those darkest hours of the night, pushes the seed of new life up and into the world of light again. He is not unlike a midwife, nor is He separate from the undertaker. He receives death and all dead matter into His hands, and in those hands He transforms death into the matter and phenomenon of life. He is, then, a god of LIFE, not a god who takes life away. These are things I have felt strongly during the execution of this icon, which has at times been emotionally and physically taxing, and at others profoundly charging and exhilarating.

Amazing! Congratulations on your sale!

Amazing work. I love it! If you have a sec, please let me know what you think about my images. I really want to progress with my knowledge

Art is unquestionably one of the purest and highest elements in human happiness. It trains the mind through the eye, and the eye through the mind. As the sun colours flowers, so does art colour life. ― John Lubbock CONGRATULATIONS ON SALE!

Congratulations on your sale!

Congratulations on your recent sale of an amazing work!

Congratulations on your sale